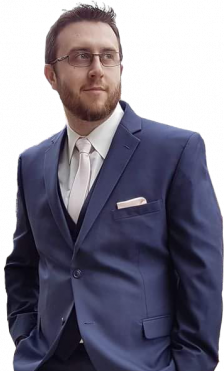 Anthony’s passion for wrestling stems back to WWF Super WrestleMania on the Super Nintendo. Loving the mystical characters Anthony was instantly drawn to The Undertaker and Papa Shango. Growing up as a child during the attitude era Anthony eventually stopped watching wrestling before the ‘Ruthless Aggression’ era, and returned back to his love of wrestling in 2016. This is when he found and fell in love with the Alberta independent scene.

Anthony is also the founder of the partnered twitch Channel – JupiterVision!
Anthony was one of the original streamers that started when justin.tv rebranded itself to Twtich.
Starting in 2011 Jupiter was originally known as NostalgiaTalex a Canadian Starcraft II Shoutcaster.
who was best known for PlayhemTV, WCG Canada, and Blizzard Entertainment’s own Copa America.

NostalgiaTalex rebranded to JupiterVision in November
of 2020 and streams 3 times a week Tuesday, Fridays, and Sundays at 10pm Eastern or 8pm Mountain.
On Friday evenings Jupiter(Anthony) does a weekly AEW Rampage watch along! Otherwise you will find
Jupiter spending time with his community playing games and talking nonsense.